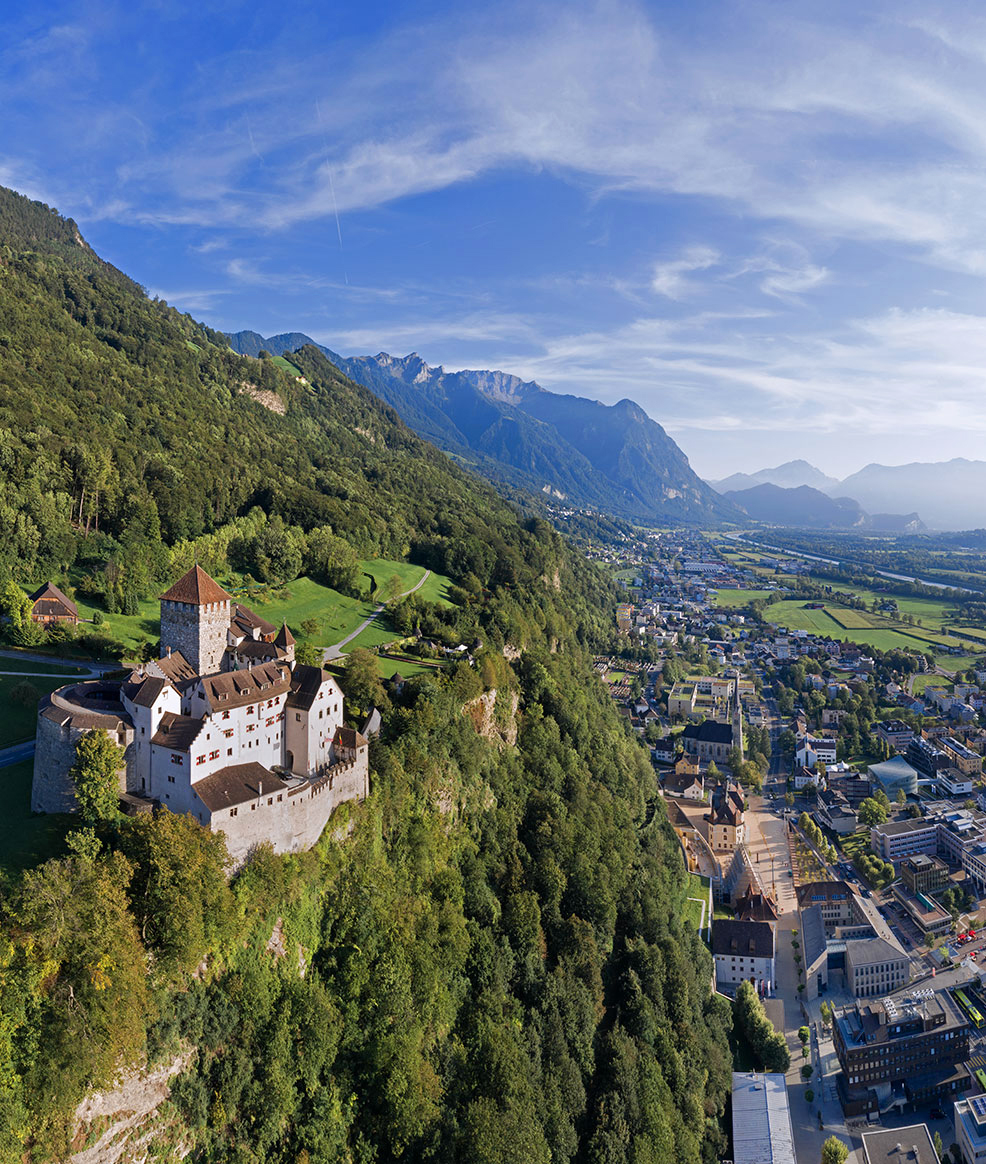 Liechtenstein has been a member of the European Economic Area (EEA) since 1995. For Liechtenstein-based companies, this ensures unrestricted market access to 31 states and around 500 million people in Europe. The free movement of goods, people, services and capital simplifies business relations with Europe. EEA membership means that the statutory operating conditions in force in Liechtenstein are the same as those in EU countries.

Since 1924, the customs and currency union with Switzerland has secured access to the neighbouring state. The Principality of Liechtenstein is an outstanding location for financial services providers and their clients. They benefit from political continuity and economic stability.

When you visit a website, it can retrieve or save information via your browser. This usually takes place in the form of cookies. This can be personal information, your settings or your device. Most of the time, the information is used to ensure that the website functions as expected. This information does not normally identify you directly. This can provide you with a more personalized web experience. Since we respect your right to data protection, you can choose not to allow certain types of cookies.

If you click on close and do not accept the cookies, no analytics or performance cookies will be activated. By clicking on "close" and then on "accept all cookies" you can benefit from the unrestricted experience with the website and the services.

Analytics-Cookies: With these cookies we can count visits and understand how and where users come to our site and where they leave our site. This is used to measure and improve the information offered on our website. They also help us to determine which pages are most popular and least popular and to see how users move around the website.

Performance cookies: These cookies allow us to count visits and traffic sources so that we can measure and improve the performance of our website. They help us answer the questions about which pages are most popular, which are the least used and how visitors move around the website. All information these cookies collect is aggregated.